Many lesbians in South Africa are living in fear as rape and murder become a daily threat to their lives.

A silent epidemic known as ‘corrective rape’ is sweeping the country, where the victims are being brushed aside as society frowns upon them and their lifestyle. Men rape lesbians in what they see as an attempt to ‘correct’ their sexual orientation.

Even the term ‘corrective rape’ is giving a hint of legitimacy to these abhorrent crimes by implying that something about us women needs ‘correcting’.

This is one such issue that has somehow remained largely absent from mainstream media discussions and British consciousness. Is this because it’s happening to ‘those’ people ‘over there’!

What exactly is ‘corrective rape’? It’s a particularly brutal form of rape — often including torture, strangulation, battery — inflicted upon lesbians with the goal of turning them straight. Some victims die as a result of their ‘corrective’ rape, some contract HIV/AIDS, and others turn to suicide.

Here are some very frightening statistics, courtesy of Change.org:

In the last 10 years:
*31 lesbian women have been murdered because of their sexuality
*More than 10 lesbians a week are raped or gang raped in Cape Town alone
*150 women are raped every day in South Africa
*For every 25 men accused of rape in South Africa, 24 walk free

Keep in mind, of course, that these statistics only reflect those incidents that are reported and recorded.

The South African government and justice system are failing the victims. Perpetrators are released on bail and court cases stall in the system for years. Meanwhile, those victims who survive carry the burden of seeing their attackers walk free and suffer ongoing harassment.

In 2008 Eudy Simelane was found brutally murdered in the Kwa Them township. The former South African footballer was gang raped, beaten, stabbed 25 times in the face, chest and legs. Only two of her four attackers were convicted and sent to prison.

After reading about her hideous death, I wanted to see for myself what was (and still is) happening in the world’s first nation to guarantee equal rights to lesbian, gay, bisexual and transgender citizens. Not to mention that it was the first country in the continent to legalise same-sex marriage. The sheer dichotomy between the two lifestyles is astonishing.

It didn’t take long to find that pockets of traditional African society have not accepted homosexuality, branding it both unAfrican and unChristian, and we should never underestimate the power of language to dehumanise – Robert Mugabe is notoriously quoted as saying that: ‘gays and lesbians are worse than pigs and dogs’.

Macho-politics and a growing cultural lethargy towards the high level of gender based violence has seen heinous crimes go unpunished. Lesbians are perceived as representing a direct threat to a male dominated population. For far too long LGBT rights have been placed outside the realm of human rights. They are relegated instead to the field of integrity of culture. Hatred is embedded, rewarded and overlooked. The more merciless the attack, the more praised the men.

I was privileged to spend a few days in the Khayelitsha Township, a sprawling shanty town just outside Cape Town. It took a while for the women to trust me, several reported that they had told their stories before but nobody had really listened.

Sanele sobbed: ‘ I was walking with my girlfriend one afternoon. We weren’t even holding hands.

‘ Four men came from nowhere, one held my girlfriend while the others dragged me off the road. They tore off my clothes. They kept shouting You steal our girlfriends. We will show you how to be a real woman.

‘ They took it in turns to rape me, again and again. They beat me with their belts. I was bleeding badly and couldn’t scream anymore.’

I asked what happened to her girlfriend.

‘They let her go but she is so scared that she ran away. They have not been caught and I now live with HIV. I will die.’

Many of the men who seek out lesbians see ‘corrective rape’ as neither a hate crime nor a sexual assault. It is widely accepted that patriotic men are required to carry out these attacks for their country and tribe in a civilisation that supports savage chauvinistic views.

Kopano smiled the smile of a tiger at me: ‘ You deserve it. You are not normal. We will show you how to be a real woman.’

Sadly he is not alone in his views.

Having listened to both sides of the story, my composure was fading fast.

Whilst women are slaughtered like sacrificial beasts little is being done to punish the assailant. I talked to lesbians in the townships of Johannesburg and Cape Town, real women, who said that they were being deliberately targeted for rape and that the threat of violence is an every day ordeal.

Mandisa from Grahamstown divulged: ‘ I know many people who have reported rapes but dropped their cases because of the treatment by police officials’.

I was unprepared for the fear that the women face every single day.

As the tears of these women continue to flow unnoticed, rapists are having a field day under the watchful eye of South African authorities. There has never been and never will be a just cause for rape.This is an abuse of our freedom.

South Africa is able to lead the way in highlighting tolerance, and echo that sentiment in Cape Town, the regions gay mecca. With its annual Gay Pride march and fashionable gay nightlife district of De Waterkant, from a western perspective, it is a shining example of what a successful democracy can look like in a continent fraught with poverty and corruption.

The audible silence from the South African government is deafening and I fear that the activists have a long fight ahead of them. It is a potentially dangerous endeavour that involves altering the mindset of people that are unlike themselves. Discrimination isn’t confined to race. Wars are fought for tangible goods – oil, weapons etc. What about peace of mind?

Why is it taking so long for the world’s media to catch on and just how many more murders will it take to fix this broken society?

This crime is spreading to Ecuador, Jamaica, Namibia, USA and Thailand. Will we sit up and take notice when it travels as far as our shores?

I felt such an overwhelming sense of powerlessness that is very easy to give in to. It is simple to believe that as one individual, you cannot affect change. To that, I say…wrong!

Having met some of the brave casualties of rape and their families and having witnessed the devastating consequences of rape myself, I strongly feel that we must make these brave women’s voices heard. Here in the UK we are a catalyst for change where the rest of the world can follow, learn and understand. 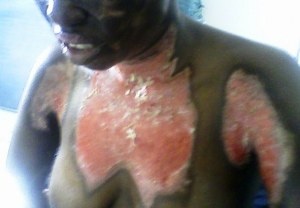